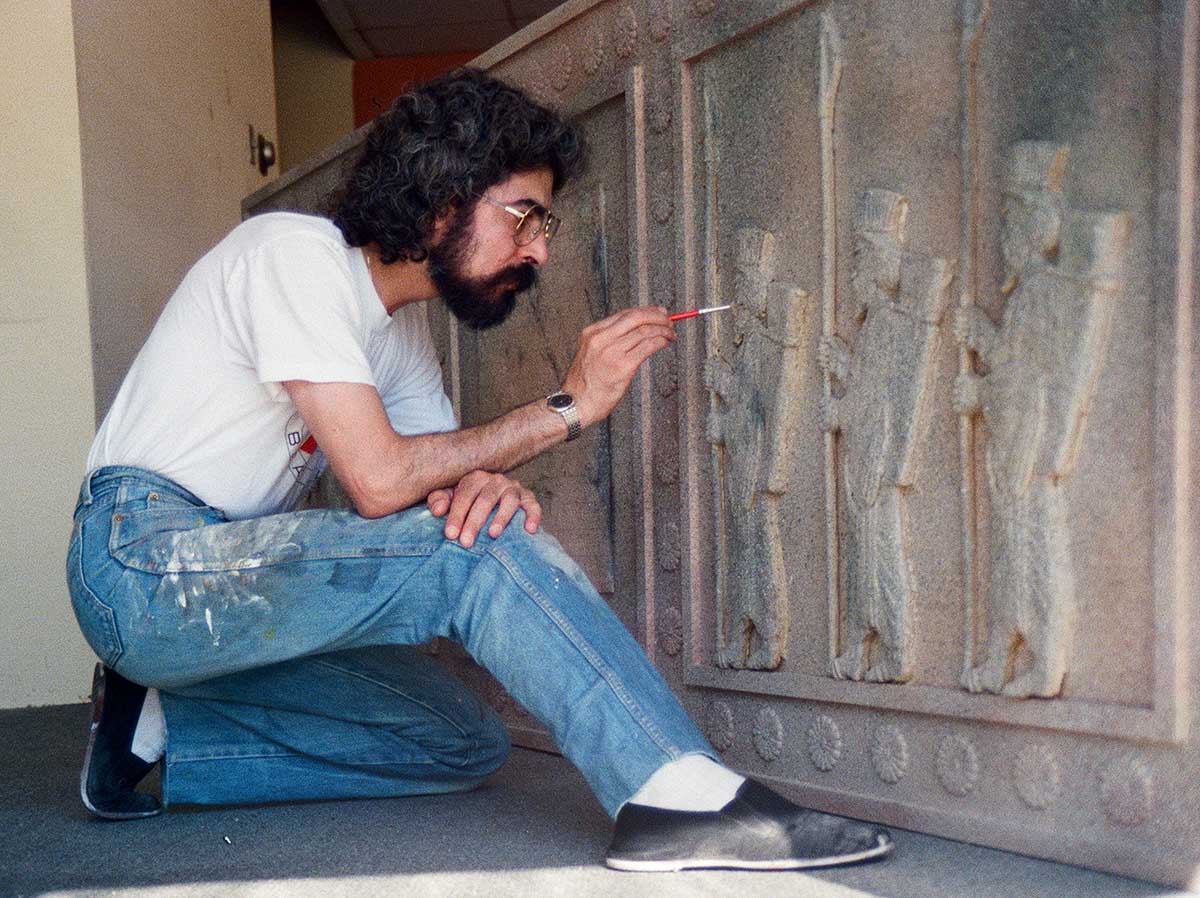 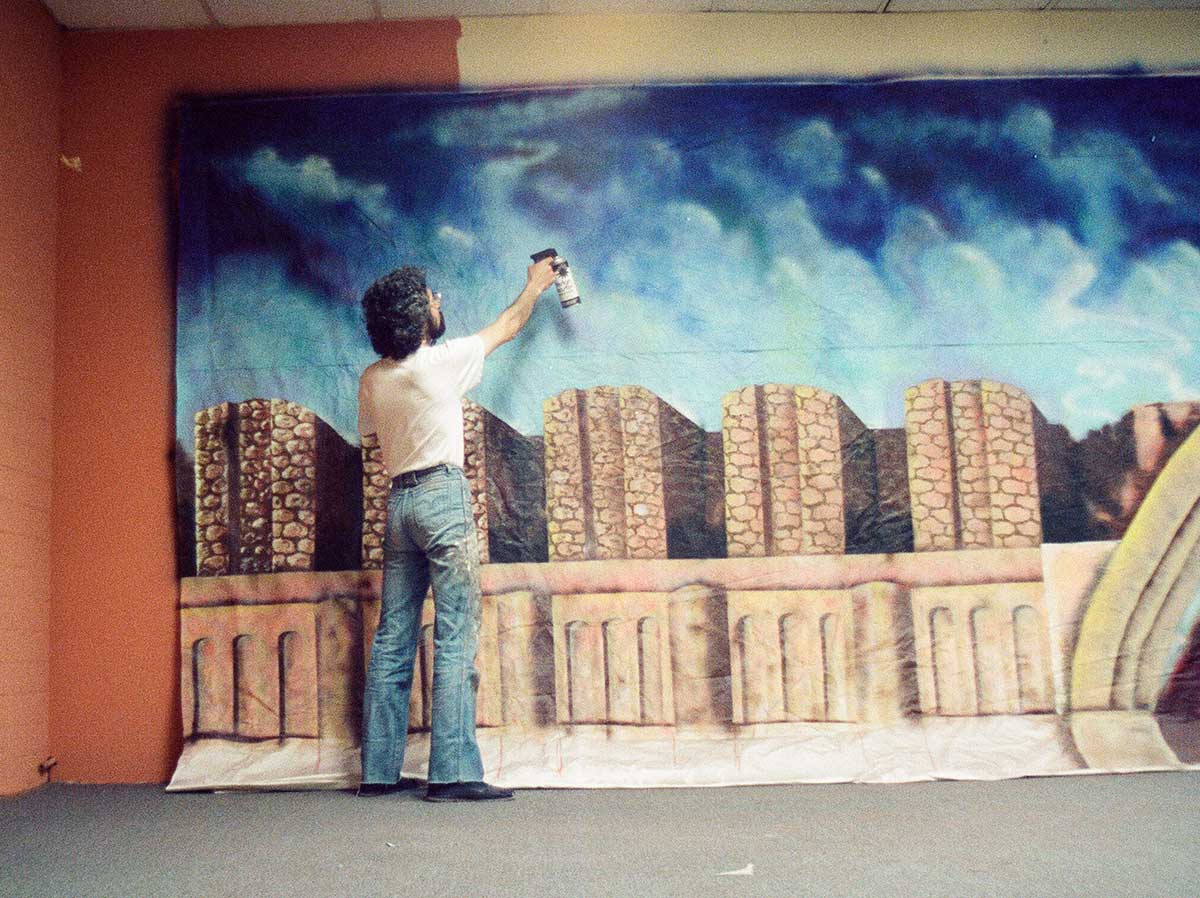 In 1984 Koorosh Angali created the props for the annual ancient Iranian celebration of the Mehrgān (colloquially normalized as Mehrégān), celebrated on the tenth day of the month of Mehr (the seventh month on the Persian calendar), that co-insides with October 2nd. This celebration which is the most important annual celebration after the Nowruz ('new year') celebration, has been revered by Iranians since the ancient times.
For this event, that took place in Los Angeles, California, Koorosh sculpted replicas of the Persepolis staircases (below), which was installed in front of the stage. He also painted an eight-feet by fifteen-feet back drop that showed the remains of the Eyvān-e Kasrā (also called Tāg-e Kasrā, above), a Sassanian palace which is in Ctesiphon, Mesopotamia, near the modern town of Salam Pak, Iraq, which was one of the Iranian provinces under the Sassanian Empire, and was one of their capitals and fortifications.