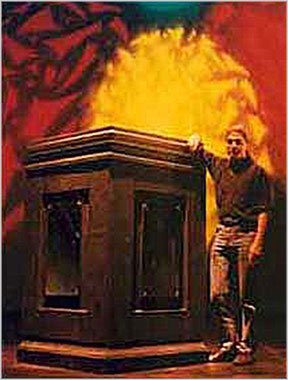 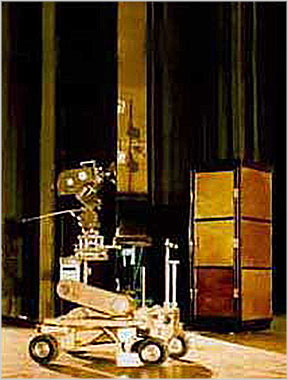 In 1992 Koorosh designed and executed several props for the short film titled Nima's Last Illusion, by the Iranian film maker, who was based in the San Francisco Bay Area. As the film was a fiction about an illusionist, he created several items for the illusionist's stage performance, including a box with marble panels on four sides, all made with wood and painted (as Trompe l'oeil with faux finishes), from the top of which the illusionist would appear and disappear and another box with a front door (behind the camera in the picture), used for the same purpose by the illusionist.