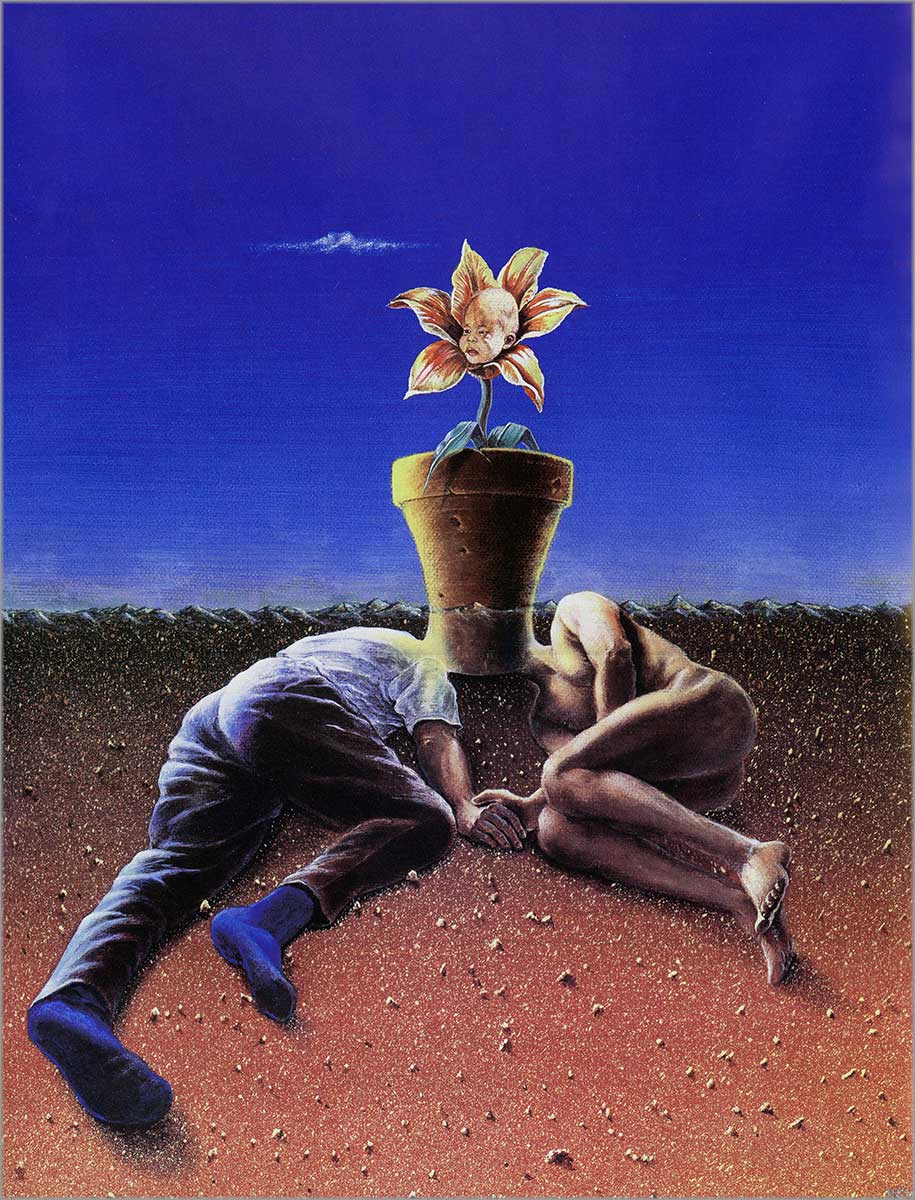 Originally this illustration was done as a black and white pencil rendering for one of the Aldoush & The Human Exchange concert posters in 1990. When the band prepared their album by the same title for a 1992 release, they asked him to make a colored version for the album cover, which he did in acrylics. Being a poet/lyricist, he also wrote all of the Persian lyrics for the album. In addition to the illustration, Koorosh designed the poster, and, upon the request of the releasing company, X Dot 25 Music Productions Inc., between 1992 and 1998 he also designed the cover in three different occasions, each time changing the design entirely (more under Design). In 1993 the album was awarded the first place in the World Music Category by the San Francisco Weekly Magazine in their annual Wammies Award contest.