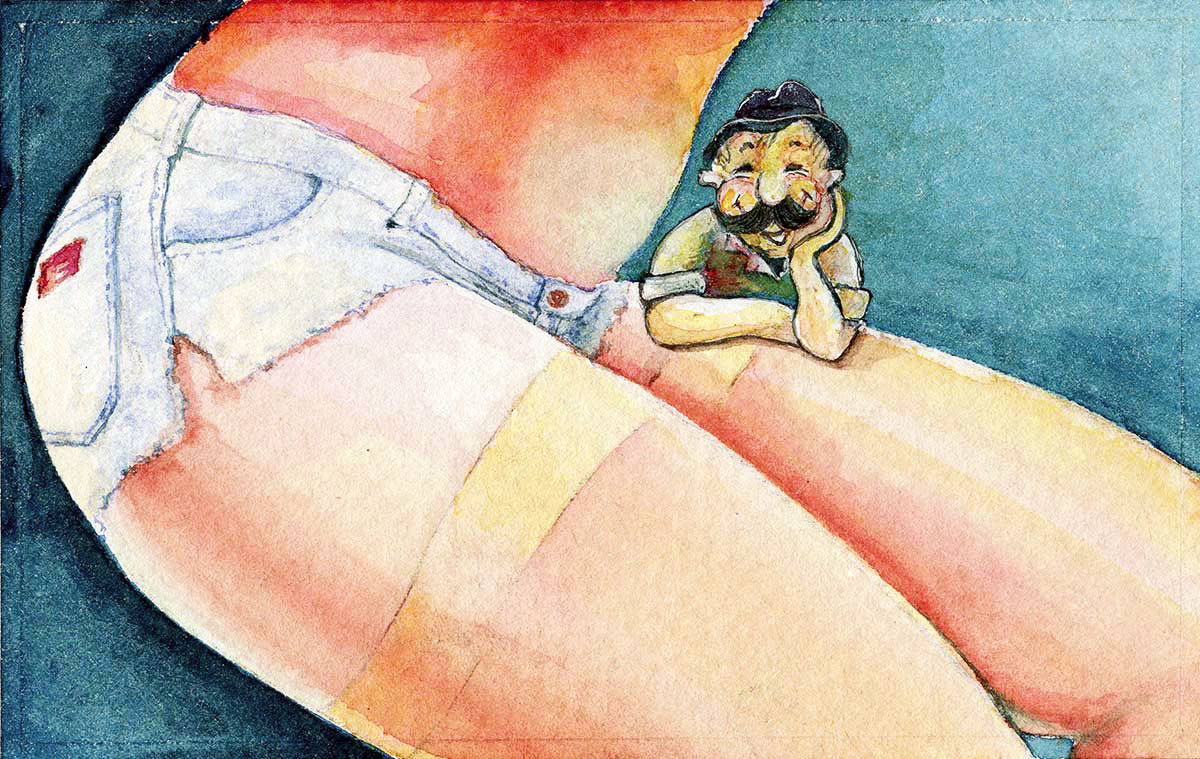 Inamorata series were illustrated for a set of music that were released during the 80s in Los Angeles, CA, as compilations of the so called "Street Music," that is, the music that is popular among the lower-class society, including the Iranian typical thugs, whose images were used for these series.