At San Marco Pizzeria in Canoga Park (Los Angeles), California, due to the name of the place, Koorosh decided to incorporate the Roman mythology as the main theme of the mural, with Jupiter at the one side and Juno at the other of the central pilaster. A checkered band of two colors of turquoise (male) and pink (female) connected the two characters. On the Jupiter's side he also added a sphere representing the Earth as well as the other planets; and on Juno's side he placed an egg as the symbol of life. To all this he added pasted collages of illustrated pages of a very old dictionary in which the texts explained who Jupiter and Juno were. 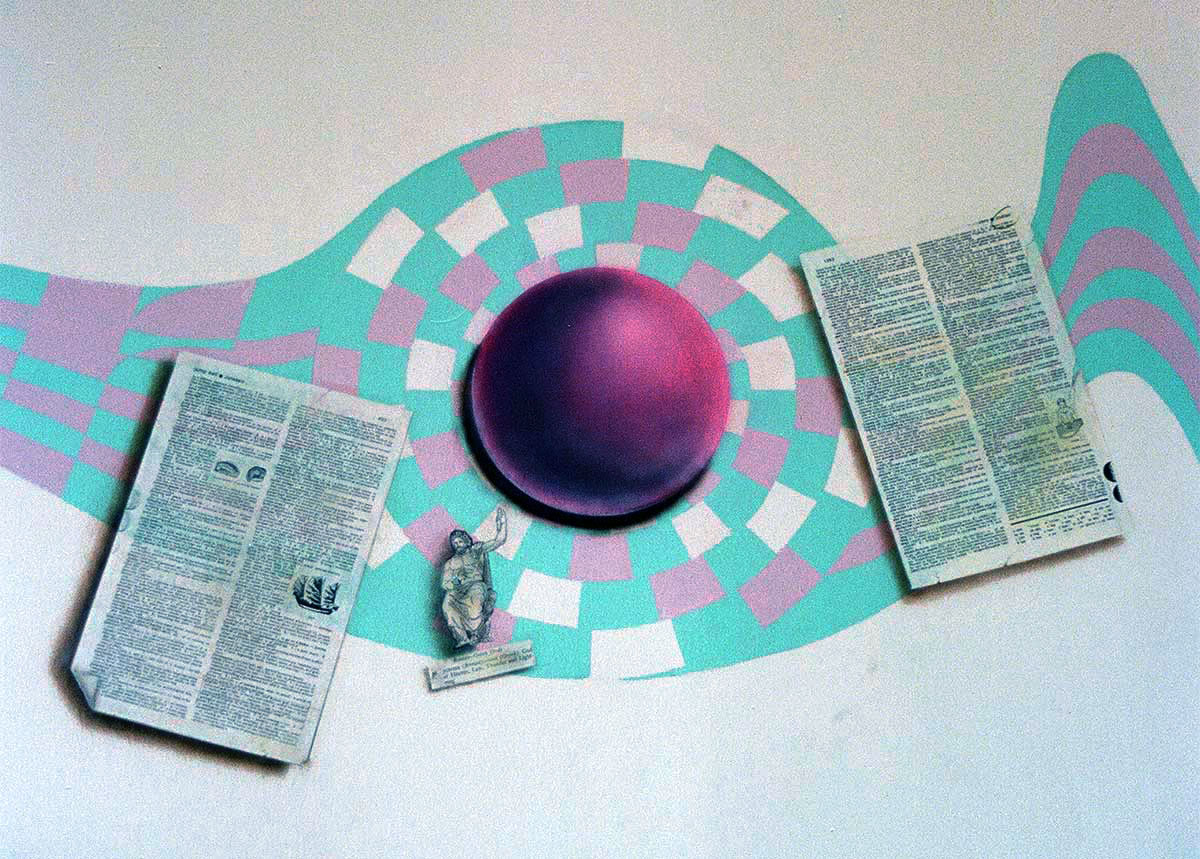