Since 1968 Koorosh Angali has been on the stage, either as a gig artist, or as a member of the Iranian well known bands, including The Black Cats. In the picture above we see him with his maroon Gibson SG, at Cabaret Tehran (the Persian night club on Ventura Blvd., Los Angeles), along with Shahram Shabpareh, the founder of The Black Cats, and one of the most active and the most successful Iranian celebrities up until today, residing in Los Angeles, California. The Pictures below are from different gigs in Tehran, Iran, between 1974 and 1976, before he migrated to the United States. 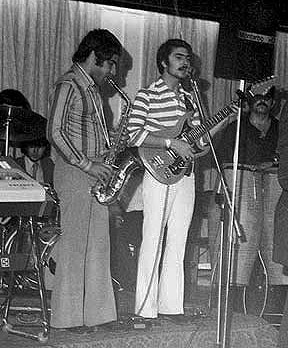 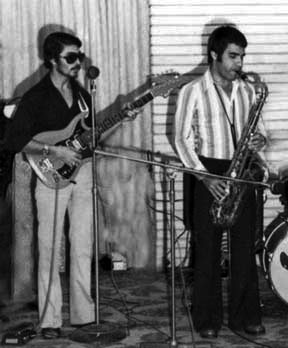