The Devil, or the Dagger of Fate 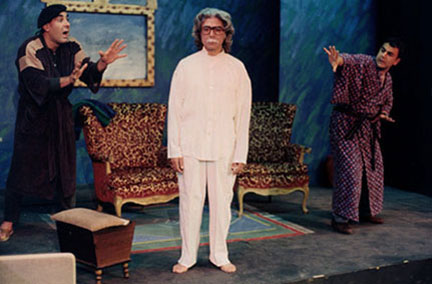 The theater of the absurd was definitely realized in The Devil, or the Dagger of Fate, written by Farid Nabavi (of the Darvag Theater Company) and Roham Sheykhan, who also directed the play. It was brought onto the stage in 1996. Koorosh Angali played the main character, a slain man who is reappeared to the ones responsible for his demise, and then is re-killed (!) by a thug.