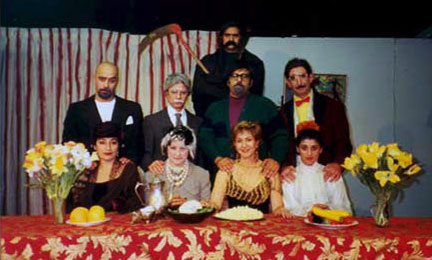 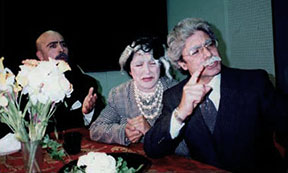 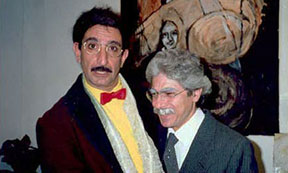 The Last Supper Comedy was written and directed by Farhad Ayish (the Iranian stage and movie actor, writer, and director; Maxx, 2003) in 1997. It was staged at Darvag Theater Company (now Darvag Art Foundation), in Berkeley, California. It was Koorosh's only collaboration with Ayish, due to Ayish's relocation to Tehran, Iran. Ayish wrote the play based on an Eugène Ionesco play, with a twist to make it an Iranian supper gathering in which due to the poisonous meal, death pays a visit to the participants, to "take care of His business."